Stunning updated Mediterranean residence that can be lived and loved by the whole family, multi-generational, or a savvy investor. Property is a legal two family dwelling, but also lives as a comfortable single family home. Three sizeable bedrooms, two roomy living rooms + additional office space. Upstairs: Spacious and bright 2 bedroom 1 bathroom with updated kitchen and refinished hardwood floors. Downstairs: through the interior staircase, or accessed by its own entrance is a large 1 bedroom 1 bathroom with tall living room, dining area, updated kitchen, and office. Huge backyard with garden, BBQ, lounge, and even a basketball hoop.  Conveniently located in the heart of the San Francisco Portola Flower District, and next door to San Bruno neighborhood shops, many schools, bus lines, as well as quick freeway access to downtown and Silicon Valley. Nearby the neighborhood library, Palega community center with tennis courts and field, and just a few blocks from beautiful McLaren Park. 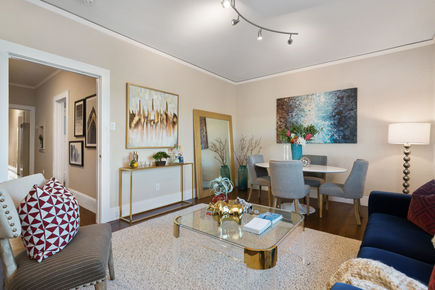 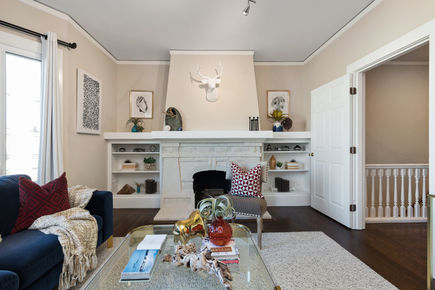 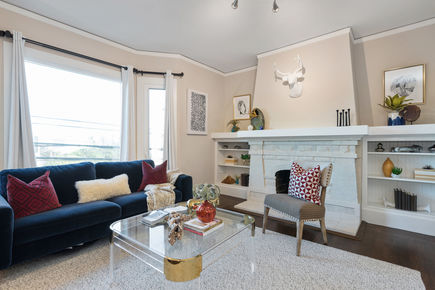 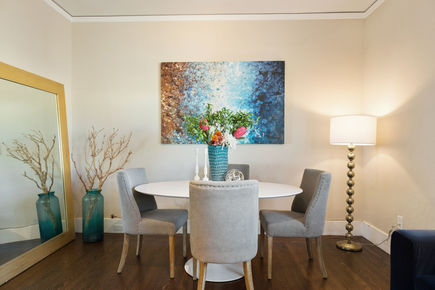 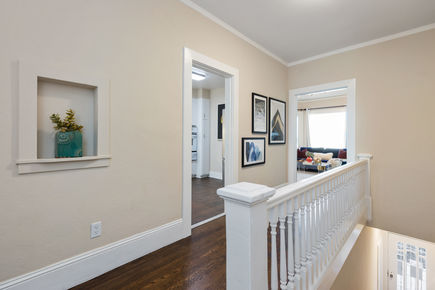 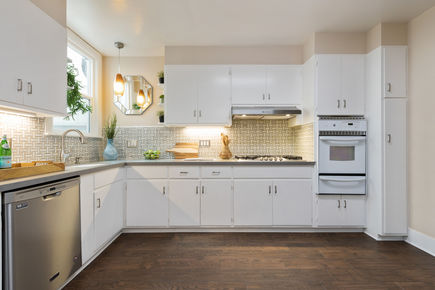 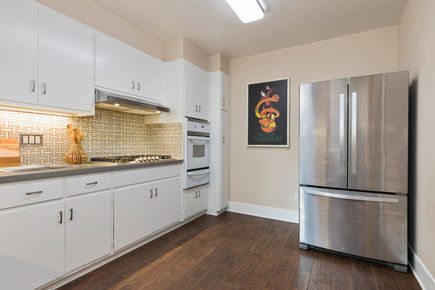 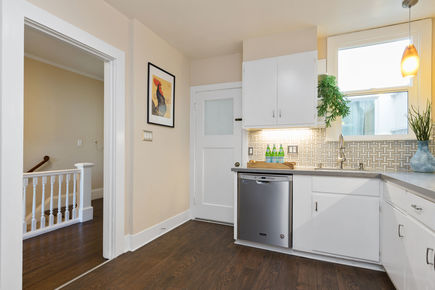 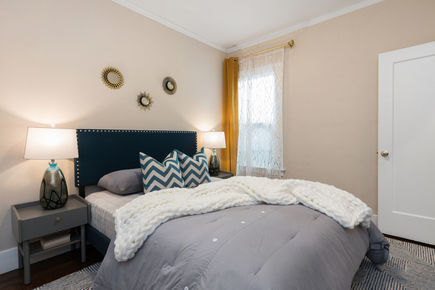 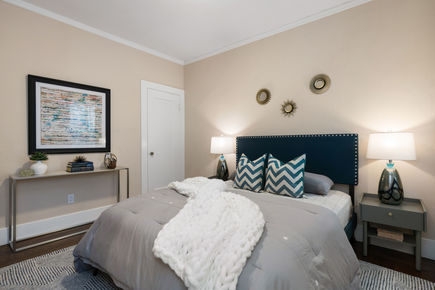 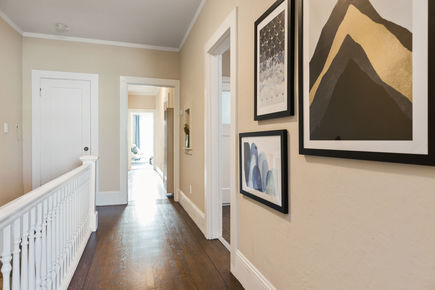 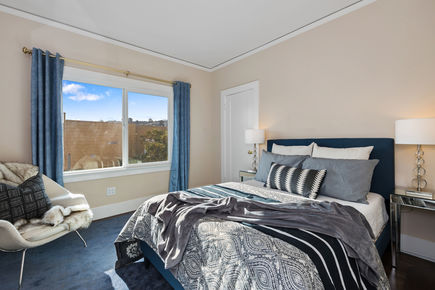 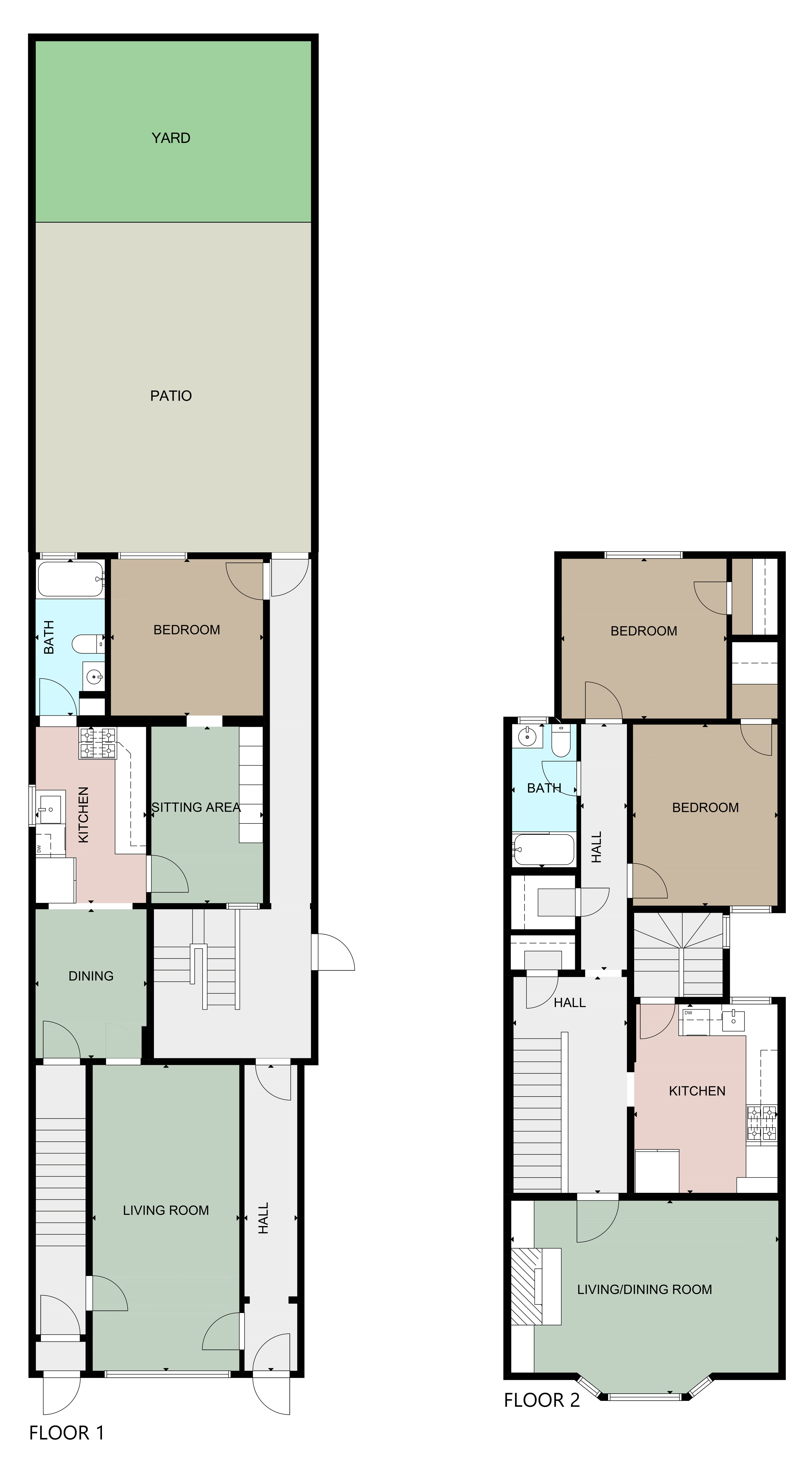 Until very recently, Portola—also known as The Portola District—was a well-kept secret. Its recent prominence among San Francisco neighborhoods has come not only from the expansion of the city’s real estate map but also from a rediscovery of the District’s unique and thoroughly remarkable features. This pocket of the city basks in an unusually warm and sunny micro-climate, a feature that early-twentieth-century entrepreneurs harnessed by turning Portola into San Francisco’s flowerbed and growing the floral stock sold throughout the city. Now, with new residents and businesses adding to the mix and public spaces undergoing renovation, the neighborhood’s resources have become better known. Sharing a border with Bernal Heights to the north, Portola is not far removed from San Francisco’s central neighborhoods and boasts one of the largest and most extraordinary green spaces in the city. Perhaps most importantly, its residents over the decades have succeeded in weaving a strong community fabric, which they continue to extend today.

In terms of public spaces, Portola’s greatest asset is McLaren Park, which borders the neighborhood to the south and west. The park’s 313 acres include more than seven miles of hiking trails through meadows, grasslands, and redwoods; panoramic views over the city; dog play areas; six playgrounds; a bike park for off-road riders; and the newly renovated Coffman Pool for year-round lap swimming. Portola’s resurrected “garden district” identity continues in its residential and business areas, as well, with the creation of pocket parks and a recent street-side tree-planting campaign. The latter is part of a broader beautification project that has also moved power lines underground and commissioned murals to adorn its buildings. Some community centers of note include the local branch of the San Francisco Public Library and the Palega Recreation Center, where locals enjoy the playground, lawns, free wifi, and activities such as ping pong and basketball.

Businesses in Portola are mostly clustered around a half-mile stretch of San Bruno Street running along its eastern edge. Here well-established Asian and Latino markets, noodle shops, and taquerias rub shoulders with newer additions such as a craft brewery and artisanal ice cream and coffee shops. Though residents are well provided for in Portola, they also benefit from easy access to the rest of the city and the communities beyond. Where transit is concerned, Portola’s proximity to both the 280 and 101 freeways is its greatest asset, a boon not only to drivers, but also to those using public transportation. Alternatively, you may want to bike, bus, or drive to the Glen Park BART station for service to the East Bay or San Francisco International Airport, or head to the Bayshore CalTrain stop for a ride towards San Jose. Whether you’re commuting to work or taking a longer trip, the singular enclave of Portola will offer a warm and sunny welcome home. 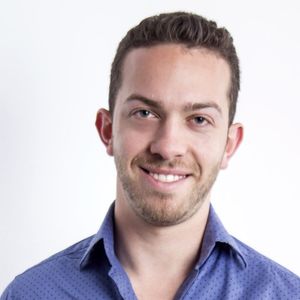